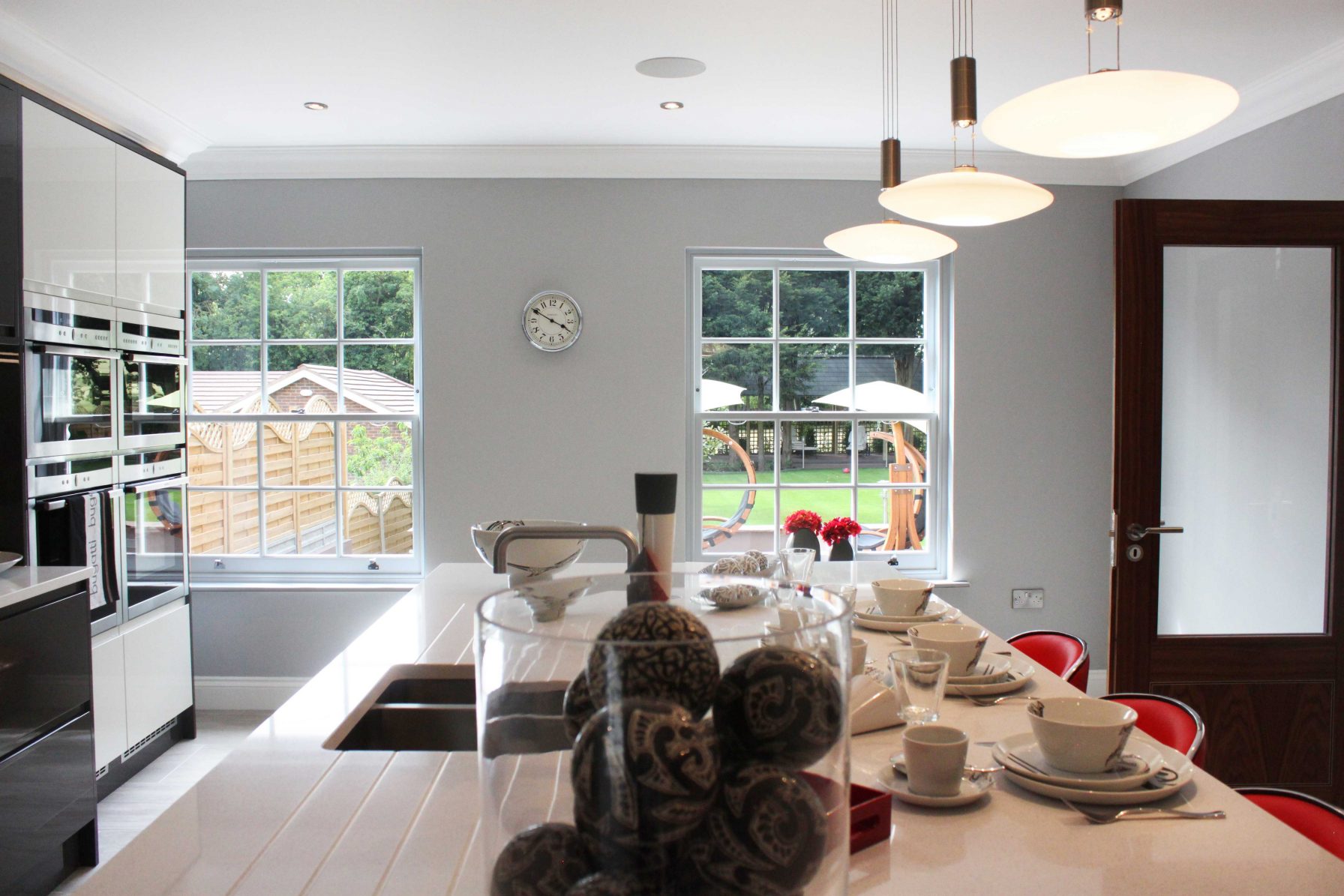 Sash windows were popular throughout the following historical periods:

During this 196-year period, there were several radical advancements, both in terms of architecture and manufacturing technology, which caused sash designs to change quite noticeably.

Window manufacture during this period relied on Crown Glass, a manufacturing technique that was only capable of reliably producing small individual panes. As a result, this period is famous for a high number of panes within a window, and popular designs were ‘6 over 6’ or ‘8 over 8’ styles.

Most Georgian Period windows were incredibly symmetrical – both in terms of division of the individual sash, and the uniformity between top and bottom sash. 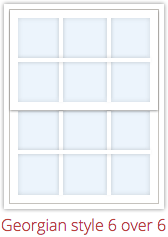 Sheet Glass manufacturing became more efficient in the 1830s, which overcame many of the limitations that had previously been caused by Crown Glass. This newly refined manufacturing process led to the production of far larger individual panes than was previously possible, or practicable, which led to a significant reduction in the number of panes needed within a window. 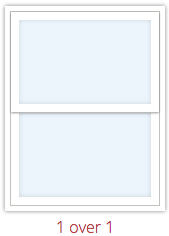 Glass manufacturing techniques did not dramatically change between Victorian Period and the Edwardian Period, however, the designs did not remain static, and window manufacturers began to experiment with far more ornate styles.

There was often a staggering disproportion between the simplicity of the bottom sash and the complexity of the top sash. Bottom sashes tended to remain as plain ‘1 over 1’ or ‘2 over 2’ styles, whilst the top sashes began to implement beautiful curves and decorative ‘lights’. 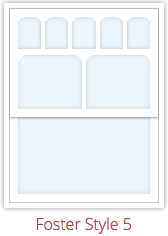 Glass was hand blown into a hollow globe, also known as a ‘crown’. This ‘crown’ was then spun around at rapid speed, and began to flatten due to centripetal force – much like how spinning a lump of pizza dough will form a thin & flat circular base. These sheets of crown glass were already rather small, but the outer edges were thinner and weaker than the central mass. As a result, usable sections were cut from the central mass, thereby greatly restricting the maximum size of an individual pane.

Glass was hand blown into a hollow ‘sausage’ shape and the two ends were removed, resulting in a glass tube or cylinder. Whilst still molten, shears were used to split the cylinder down the middle and the glass was then flattened on an iron plate resulting in imperfect glass sheets. This process later became industrialised in the form of Cylinder Blown Sheet Glass.

Glass was hand blown into a large cylindrical mould. This mould was then swung in a large trench to ensure that the molten glass spread evenly over the inner surface of the mould. Once the mould was opened, the cylinder of still-malleable glass was cut down the middle and flattened on to a table. This created much larger sheets than the Crown Glass Method was capable of.