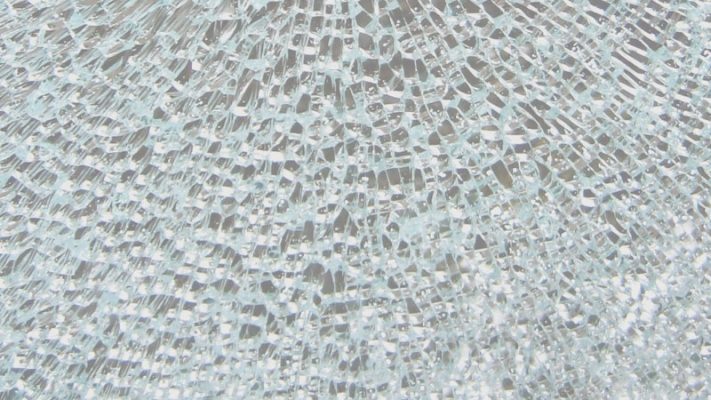 When it comes to selecting new windows, if you’re looking to improve the safety of your property, you will need to decide between many different glass types; for example standard, toughened and laminated. Standard aside toughened and laminated offer superior protection to standard glass windows in various ways. Often, though, people wrongly group laminated and toughened glass together, considering them to be one and the same. However, although they share the trait of being tougher than standard glass, they are different in several ways from one another.

To have a better idea of which glass types you should choose for your windows you need to understand what laminated and toughened glass is and how they differ. Particularly when they start to shatter.

Before we get down to it. The best way to understand the main differences between glass types can be found in most cars. Toughened glass is used in the side windows, while laminated is used in the windscreen.

What is Toughened Glass?

Often referred to as tempered glass, toughened glass is safety glass that is thought to be 5x stronger than laminated and annealed glass made to the same dimensions. It derives its strength from the process of tempering it which involves its subjection to high temperatures of heat that is then followed by quick cooling. This equips it with better resistance to breakage and can handle higher loads.

In other words, to break it, this kind of glass needs to be hit with greater force than alternative forms of safety glass, including laminated.

When it is hit with the right amount of force, it breaks into tiny little pieces. In a car, that’s why the side windows break differently to the windscreen.

What is Laminated Glass?

Laminated glass is fitted into most car windscreens, chiefly because of how it shatters. When it sustains a hit and is smashed, laminated glass stays put and doesn’t break either into hundreds of tiny little shards or large and dangerous jagged pieces. It holds firmly in place until it is replaced.

It’s down to the interlay of polyvinyl butyral plastic that’s incorporated into the design and held between two sheets of glass during the manufacturing process. This layer of plastic bonds and adheres with the glass panes similarly to glue, so that the fragments remain in place rather than falling out and injuring people.

This in turn reduces the risk of falling glass happening and injuring people and as it doesn’t burst open when sustaining an impact, there is no tell-tale sign or hole for thieves and intruders to access through.

Although toughened glass is much stronger than laminated, because it requires more force to shatter it, when it is broken, the area the glass was protecting is left exposed.

Fortunately, you may not need to decide either or if you choose us for your new sash windows, as we offer combined solutions involving laminated and toughened glass together.