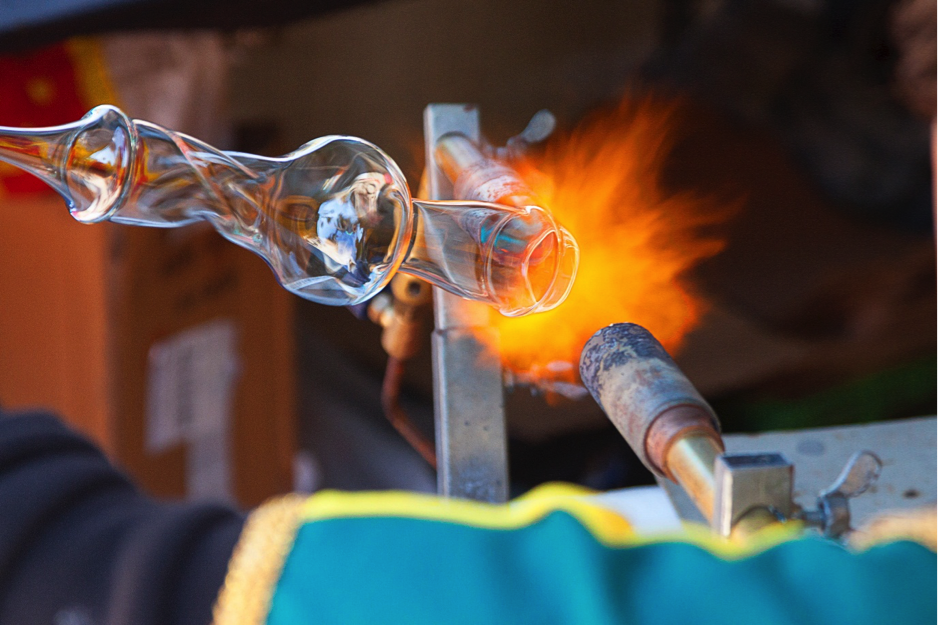 Did you know that all glass, even the large sheets used in windows, was at one time hand-blown? Although the image above does not show actual windows being made, you see where we are going with this one. Nowadays, all windows are manufactured using machinery, which not only saves time and money, but ensures the finished products are made to exacting standards. Crown glass manufacturing has definitely taken a back seat to float glass these days, but for the sake of science let’s take a look at how this used to be done.

Although it’s not used anymore, it is fascinating looking back at how glass was made in the past. Not only do you get a chance to marvel at the techniques and ingenuity of the process but can admire those in the industry that have developed the improvements and machines that now make the glass companies like ours and many others use all the time.

What is Crown Glass and How Was it Made?

Crown Glass manufacturing was one of the earlier forms of glass manufacturing. It was made with a process that involves glass being blown into a hollow globe container (referred to as a crown, hence the name). From that globe, the shaped glass was then placed into a punty or pontil, that is the iron rods used in glassmaking to shape and hold softened glass. It was then flattened by repeatedly spinning it out and reheating the glass bowl shape until it was a flat disk. This was achieved using centrifugal force until it had a diameter of between 5 and 6-feet.

From that point, the flattened glass was then cut into the desired sizes.

The thinnest and most slimline glass was found to the disk’s edge in a band, and the glass thickened and had an opaquer appearance towards the disk’s centre.

What is the Bullseye?

At the thickest point, around the centre of the resulting disk, surrounding the punty mark, this piece of the glass was used for inexpensive windows and products.

What About Large Dimension Windows?

For larger dimension windows that the manufacturers wanted to ensure were filled with only the best quality glass from the process, there were multiple small diamond shapes cut from around the disk’s edge which were then placed in a lattice work made from lead and affixed into place in an appropriate window frame.

What Happened to Crown Glass?

Along with blown glass or plate glass manufacturing, crown glass manufacturing was the most popular form of hand-blown glass used to make sash windows. The technique was first devised and perfected in the 1320s by Rouen and other notable French glassmakers and it remained popular until the 19th century when it was replaced by float glass and other machine manufactured glass.

Interestingly, given London’s involvement in the design and manufacturing of glass over the years, because the technique was a trade secret, no crown glass was made by London-based manufacturers until 1678.

As the glass industry was growing and evolving, by the start of the 20th century, the technique was no longer used by anyone. As machine-manufactured glass was not only safer, but also produced finished products that were more energy efficient.